Our School Our Future

Our historic and wonderful school is 128 years old this year!  Read on to find out about the story of Redhill ...

When the wire-works Websters and Horsfall's expanded in Victorian times, houses were needed for the workers and many of the terraces were put up in the 1870s and 1880s. A school (later called St Cyprians Church School) was built for the children of the workers.  You can still see this school next to the river, at the gates of Webster & Horsfall, close to the Asda roundabout.

The school was patronised by the factory owner and had around 70 pupils. However, it closed in 1892 and 'Redhill Board School' was opened later the same year, run by Yardley School Board.   Initially, there were 228 children on the register and two teachers, which meant extremely large classes. When it first opened, the building work in the school was not actually completed, a situation which we can sympathise with as our very old building has undergone lots of structural repair work in the 21st century to restore it to its former glory.  In our school archives we have found an original log book kept by the Head teacher. In the following extract dated March 25th 1892 the entry explains how:

‘The regular work of the school [is] very much interrupted by workmen being at work in the rooms’. 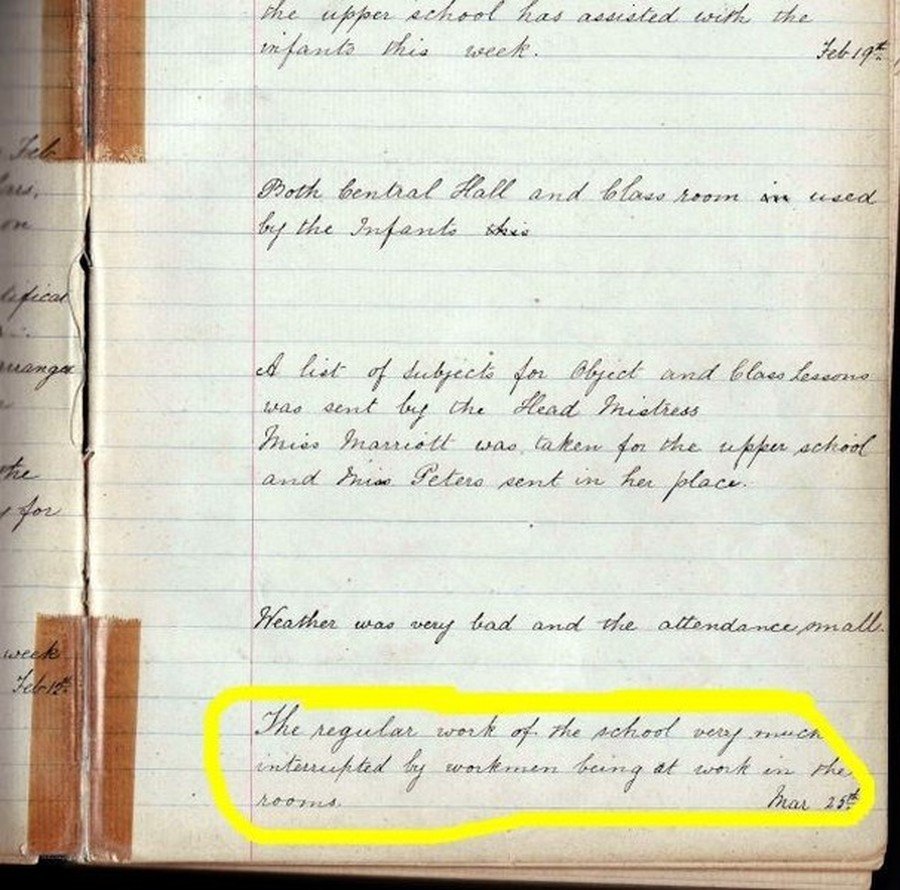 During the Second World War, it was a dangerous area to be in and the local wire works received several direct hits from air raids. In 1939, teachers escorted children who were to be evacuated to the local train station at Tyseley. One night in 1940, remaining teachers and children were forced to sleep in the big hall overnight when an air raid siren went off.

Always keen to promote health and sport these photographs have been found showing the girl’s skittle ball team and the boy’s football team in 1950.

These pictures were taken in August 1993 when the school was being repaired. Don't you think the school looks wonderful from the air?

We are all immensely proud to work in a place with such a rich and important history!

The pictures of Horsfall's and the cable are from Atlantic-Cable.com
The picture of the clay pit is from the Acocks Green History Society. Thanks for permission to use these pictures!

We use necessary cookies to make our site work. We'd also like to set optional analytics cookies to help us improve it. We won't set optional cookies unless you enable them. Using this tool will set a cookie on your device to remember your preferences.

Necessary cookies enable core functionality such as security, network management, and accessibility. You may disable these by changing your browser settings, but this may affect how the website functions.